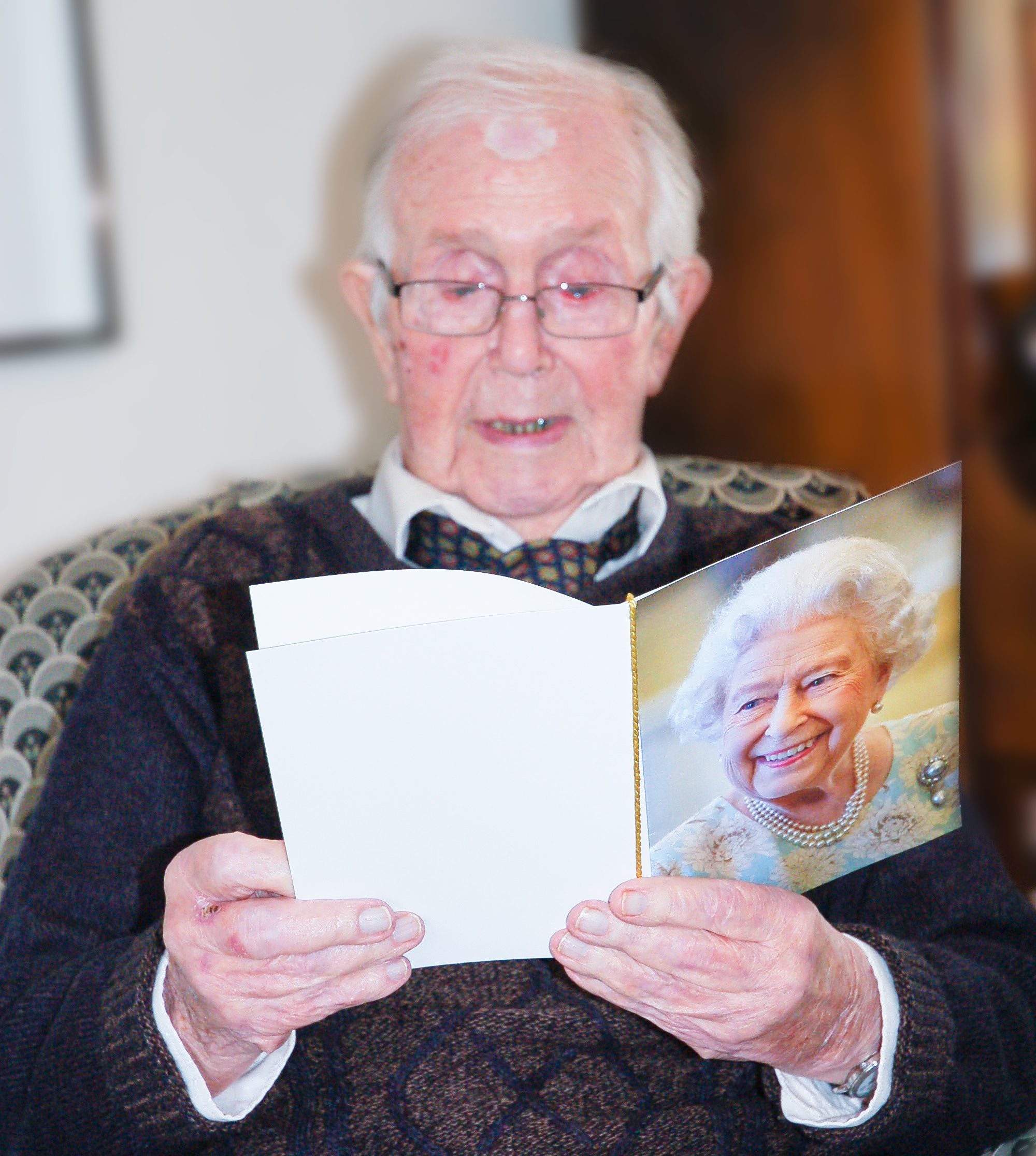 At The Lawn, our Alton-based residential care home, resident Donald Swann, OBE had a wonderful day celebrating his milestone 100th birthday. Donald, who has been a resident for nearly two years, marked his Centenarian Day in style with a delicious birthday lunch with his son, Ian. Following lunch, Donald continued the celebrations at The Lawn care home, enjoying a special birthday cake and a fun afternoon chatting and reminiscing with the care team and friends about his extraordinary life.

Donald received his award in recognition for his work with the Youth and Community Services in Huddersfield and Bradford. At Buckingham Palace, his wife Jean and his children Janet and Ian, looked on as Her Majesty the Queen presented Donald with the iconic gold cross and red ribbon. 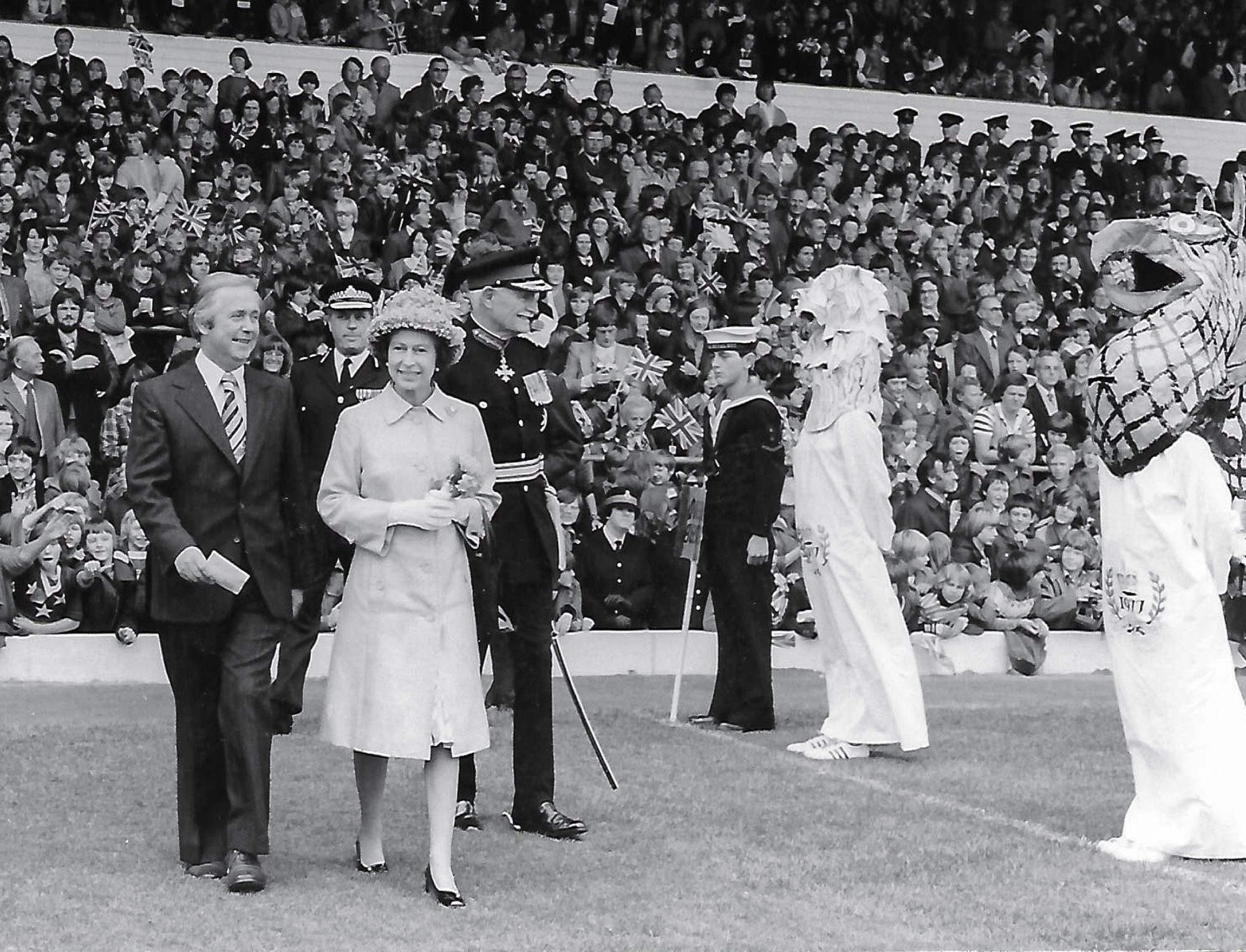 That same year, Donald was the Queen’s escort at a major event at Elland Road, the Leeds United Football Stadium, which was arranged to celebrate the achievements of youth groups throughout Yorkshire. The stands were packed with 40,000 young people who had turned out to welcome the Queen and Prince Philip, in what was reported as ‘the biggest and the noisiest festival so far’ of the Queen’s Jubilee Tour (1).

Donald’s work towards the recognition of the OBE really began back in 1961, when he became the first Principal Youth and Community Officer at Bradford Council and, with his team, transformed the service into one of the most enterprising authorities in the country. One of his most memorable achievements was establishing international links which enabled youth groups to travel across Europe and even to the then Soviet Union. 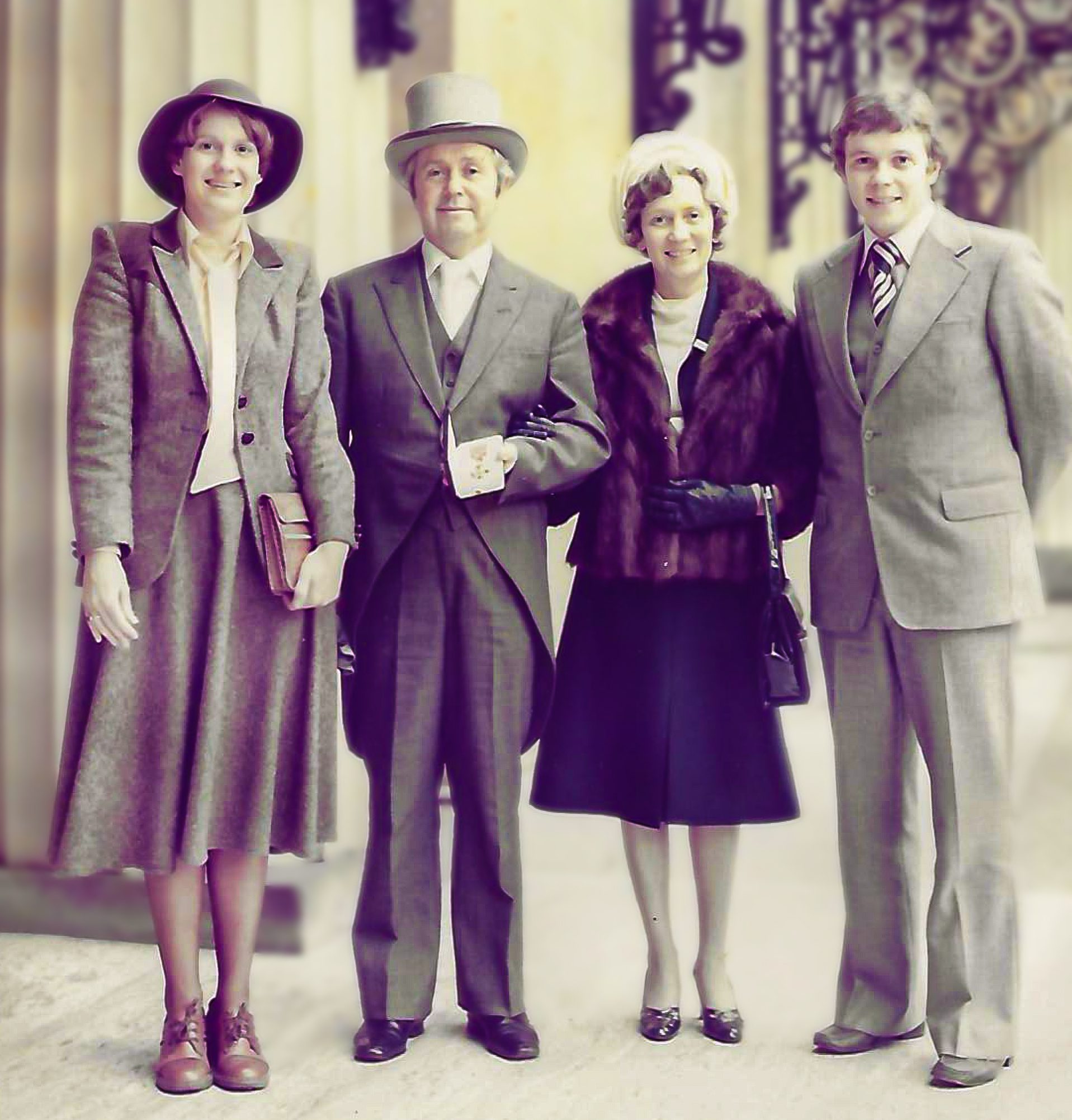 Donald was also heavily involved with The Duke of Edinburgh Awards, which are open to all 14 to 24-year-olds regardless of background, location, ability or gender. He worked tirelessly to bring the Awards closer to the Youth Services throughout the country and established a purpose-built Awards Centre in Bradford. Donald said: “I was passionate about my work. I believed – and still do – that it is important for young people to have fun, make friends, improve their self-esteem and build their individual confidence. By taking part in the Duke of Edinburgh Awards and achieving the different elements, the young people I worked with learnt essential skills such as problem solving and team work, alongside becoming resilient and good communicators. All things that help in life. It was a wonderful thing to be involved with, it really did help transform lives.”

When Donald retired he continued playing golf, a game that he loved – but not as much as ‘the beautiful game’ football. Both he and Jean were season ticket holders and followed The Whites (or Peacocks) at Leeds United. However, his passion was, and still is his beloved Terriers, Huddersfield Town FC, who he has supported for nearly 95 years, having attended his first match when he was five. “I remember being lifted over the turnstiles to get into the ground, I can’t imagine that happening nowadays,” Donald added. 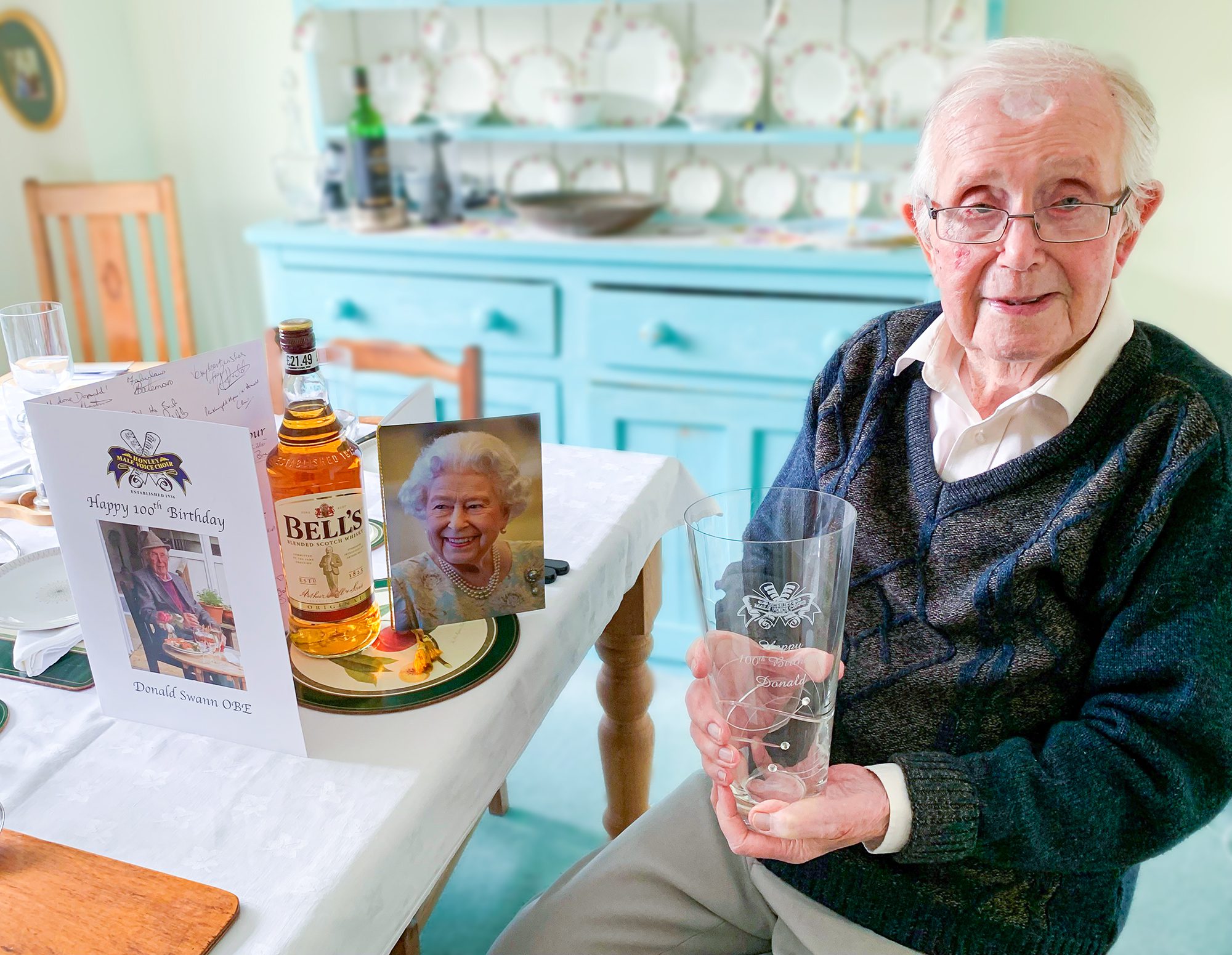 Another hobby Donald is enthusiastic about is singing. He was in The Honley Male Voice Choir and was their Secretary, then Chairman and is now Honorary Vice President. He was absolutely delighted to receive a personalised engraved glass from his friends at The Honley Male Choir as a gift on his milestone birthday. Donald still loves to sing, and one of his favourite activities at The Lawn are the singing sessions.

Alina Gutu, the Care Home Manager at The Lawn said: “We really wanted to make Donald’s 100th Birthday extra special and ensure he had a wonderful, memorable day. He’s a well-loved and well-liked member of the Lawn family and is a joy to be around. He’s always singing and enthusiastic about the activities he takes part in. We’re so glad he had a great day – a great day for a great man.”

Donald concluded: “I came to The Lawn as my family and I had heard of its good reputation, and I have to agree. All the care team really look after me and we are always chatting, singing and up to something.

“I received my OBE from Her Majesty in 1977 and now in 2021 have received my 100th Birthday card – and to top it all, she’s the Royal Patron of Friends of the Elderly. I’m honoured to have been fortunate enough to meet her.

“I have had a truly unforgettable day. We were chatting earlier and I was asked what my secret to a long and happy life was? I’d have to say my wonderful family, good friends, singing, football and definitely early retirement.”