Juliet Fuirer, who has just celebrated her 98th birthday, has lived at Redcot care home in Haslemere since February 2020. She recently shared memories with the care home team and the other residents about her wartime experiences working at the famous Bletchley Park in Buckinghamshire as a Morse Code Decoder.

Having been born in Lahore, Pakistan, Juliet moved to the United Kingdom when she was six. During the war, Juliet first lived in Finchley, North London but had to move out of her family home as it was bombed during an air raid.

Juliet recalls: “After we got bombed, we moved to another house in Hampstead which was also bombed! Just our luck. My father was in the Air Force, so wasn’t at home and I was sleeping downstairs. When the bomb hit, the roof came down, raining rubble and plaster on to my Mother who was sleeping upstairs. My poor Mother was trapped under the rubble and got quite a few bruises. She was so lucky that those were her only injuries.”

When she was 18, Juliet was called up and joined the Army. She was posted to Bletchley Park which was, during wartime, the world’s best kept secret and a key part of the country’s war effort against Germany. Bletchley Park was the secret base of the World War II Codebreakers and home to the UK Government Code and Cypher School (GC&CS). The teams there regularly infiltrated the secret communications of the Axis Powers (Germany, Italy and Japan). Most famously – and importantly – the team of codebreakers who included Alan Turing, cracked the German Enigma and Lorenz ciphers.

The Lorenzo was high security teleprinter cipher machine which enabled the Germans to communicate by radio in complete secrecy and the Enigma machine implemented a substitution cipher. This encrypted a message by substituting one character for another. Alan Turing and his team broke the ciphers and are credited with shortening the war by two years and saving as many as two million lives. 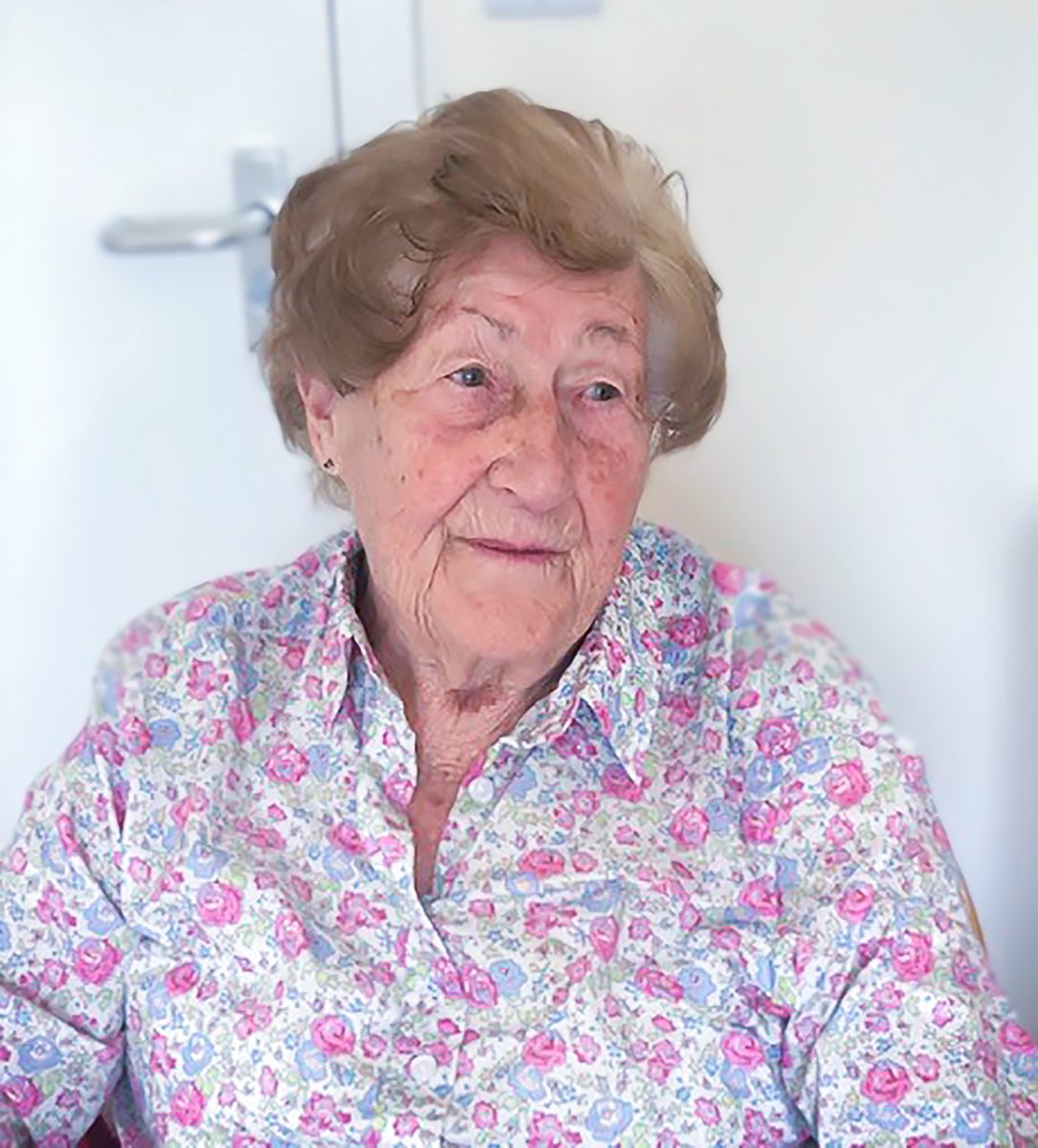 During her wartime Service at Bletchley Park, Juliet worked decoding morse code messages which were being transmitted from a German tank corp. Not only did Juliet have to decipher the Morse Code, she then had to translate the messages from German into English so they could be relayed to the officers.

Talking about her wartime endeavours, Juliet said: “Working at Bletchley Park was an intense job. I signed the Official Secrets Act so I wasn’t allowed to tell anyone what I was doing, what I was working on, not even how long my shifts were. Not even my friends or family knew what I was assigned to do. It really was top secret stuff.”

Juliet continued: “Home was a barrack hut which housed around 30 bunks. It was very cramped with not much space at all. In fact, the bunks were so close together I could stretch out my arms and touch my work colleague who slept next to me. There was a brasier at one end of the hut, but no heating at all at the other end. It was a real competition to get a bunk as close to the heat as possible.

“Our washrooms were in a separate building and not very nice. They had concrete basins and huge concrete baths – it was a struggle to get enough hot water to fill them.”

Her wartime living quarters and basic facilities didn’t faze Juliet, she added: “I didn’t complain. I was honoured to be doing such important work for my country. I didn’t question anything, I just got on with what I’d been asked to do.”

Find out more about Redcot care home, which offers residential and respite care, by calling 01428 644 637 or emailing enquiries@fote.org.uk.