"It's been a great chance to re-establish and establish links back to my past. My story is just one of the many that have happened through the Any Old Irons programme and demonstrates how, by bringing people together through the programme, the West Ham Foundation and Friends of the Elderly, together with their support partners, are making a difference to the lives of so many people." 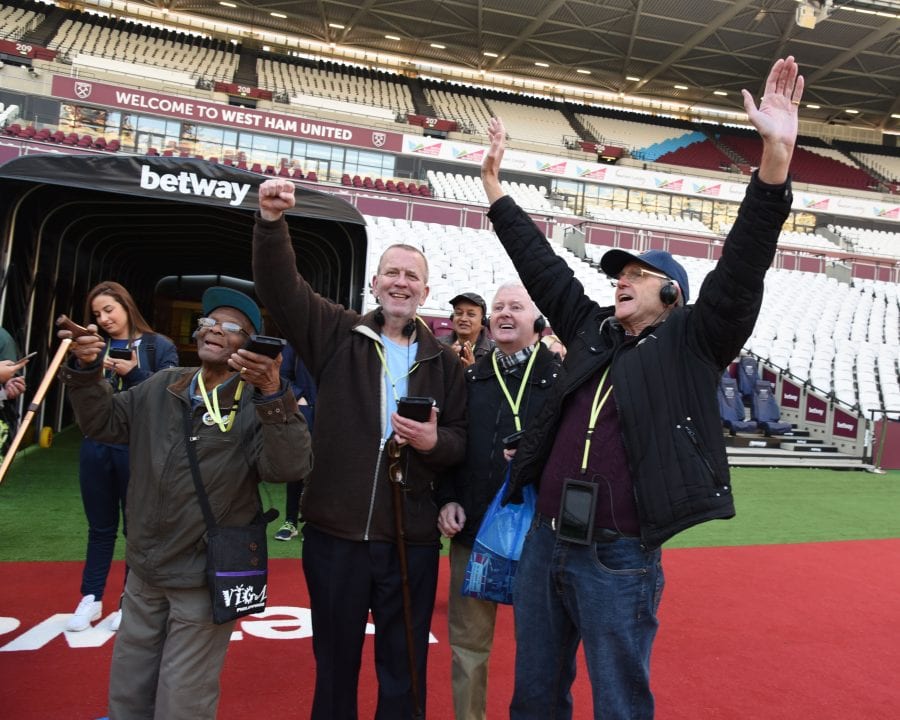 At the end of September 2019, Friends of the Elderly moved away from delivering the Football Friends project. The plan had always been that Friends of the Elderly would withdraw in the autumn of 2019, having created a legacy of volunteers who would take over the running of this wonderful project. The Football Friends project was launched in 2015 following research[i] which identified a significant increase in the number of men facing loneliness and social isolation in old age. This project was developed to support older men who had a love of football and as the project became more successful women were also invited.

Since the project started four years ago, we have worked with 4 football clubs: Brentwood, Reading, Queens Park Rangers and West Ham United, engaging nearly 300 older people with their community through their love of football.

Notable outcomes of the project include participants reporting a 10% reduction in their feelings of loneliness, 73% saying they have more friends to talk to as a result of their involvement, and 91% feeling more confident about joining new groups and activities.

The project was so successful that West Ham United Foundation has committed to funding this project for a further 2 years and will continue to support the volunteers as they become an independent group.